Two girls, one tent. What could possibly happen next? Well, a whole Sliding Doors-esque number of possibilities, that’s what. Our two characters, played by Alys Metcalf and Roxy Dunn, take turns to have their palms read by an accent-shifting fortune teller whilst celebrating their graduation at a festival. Metcalf’s fortune seems much rosier than Dunn’s and as we skip through the years we see how each character appears to fulfil their prophecy…or are their actions guided and overshadowed by the words of the fortune teller? Are our lives predetermined or can we change the course of our lives by our own actions?

So much to ponder! Fortunately for the audience, Metcalf and Dunn don’t let us get too bogged down in such existential questions. Instead they take every opportunity to inject comedy into this super smart two hander. Working on the premise that the audience has more fun when they’re in on the joke, introduce the idea of meta theatre to the audience. Officially this gives them a chance to discuss the ‘process’ behind the performance, in reality it gives the audience a window into the backstage squabbling that goes on between the duo. So, we see their egos clash over who looks youngest, who can best sustain their accents, who is best at mime and so on and so on. It makes for an incredibly funny and incredibly satisfying hour of entertainment. 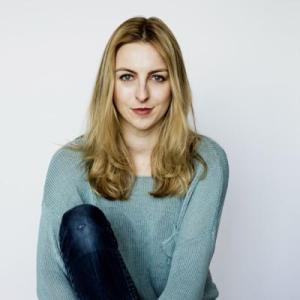 What the show’s format actually does for these performers is give them an excellent chance to showcase their many talents of which accents and miming (particularly poo and bike mimes) are just the tip of the iceberg. These are two fantastic performers and it’s a joy to watch them in a small fringe space; I wouldn’t be surprised if they are catapulted onto tv screens with this show. So, if you’re looking for a quirky bit of theatre that’s clever and funny (surely that ticks all your fringe boxes?) then don’t miss out on these guys.