★★★★ Gin, Sex and Song: A Quarter-Life Crisis with Pizazz 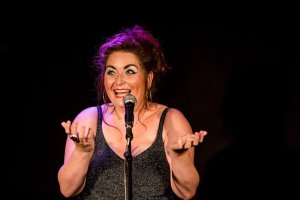 It’s a very modern phenomena; mid 20s and wondering what the hell you’re doing with your life. Move over mid-life crisis, the quarter-life crisis is testament to the overwhelming sense of anxiety that afflicts Generation Y, but it’s not in Katie Brennan’s make-up to roll over and be beaten by the demons of self-doubt, or as she calls them, The Vampires. Instead, she has created a show with Joseph Atkins which smashes the quarter-life crisis square in the face. And a smashing show it is.

Taking us along on her journey from home to London and then back home again, Brennan recounts a story familiar to lots of audience members; the bright and often misleading lights of London, the hopes of fullfiling your dreams and the reality of shit jobs, shit dates and really shit hangovers. The only real difference between Brennan and the majority of audience members is her cracking set of pipes; Brennan belts out her heartfelt songs with an honesty and intensity that is genuinely affecting. 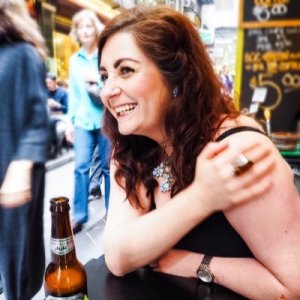 This is a perfect show to see with the girls; lots of 90’s music to reminisce on, lovely banter from Brennan inbetween her numbers, and a general sense of feeling uplifted when you leave. Brennan takes those feelings of self-doubt when everyone else seems to be on track with their careers, property purchases and marriages, and turns them into a show about being brave, happy and, as she calls it, being cute to yourself.

Keatie Brennan’s Quarter-Life Crisis is on at the Wee Coo until August and performances start each day at 22:50