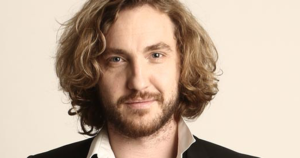 Seann Walsh hasn’t been to Edinburgh for a couple of years. This is almost definitely because he’s been living a prolifically healthy lifestyle; wheat free, dairy free, avocado on rye, that sort of thing. Not because he looks like a glowing vision of health, but because he can’t stop raging against the middle-class obsession with clean living and ‘free-from’ diets, and, in particular, his girlfriend’s endless attempts to get him on the green wagon.

Walsh has been shacked up with his girlfriend for a few years now and it has decidedly changed his material, but not for the worse. His observational eye has been directed towards the type of things that couples do, like competitive box-set watching and attempting to go to a yoga class together. Walsh’s act relies on a proud proclamation of his working-class roots and his supposed difficulty in understanding the ways of middle-class couples: why does his girlfriend want to go for picnics when it’s a ‘nice day’? He’s spent good money buying kitchen cupboards and a table so they can eat indoors. He doesn’t insist they sleep in the park when it’s a ‘nice night’ etc. etc.

‘One For The Road’ is one to watch with your other half then. There were plenty of couples in the audience who could see themselves in Walsh’s material, prodding each other when Walsh described the agony of deciding who was going to change the DVD over during a box-set marathon. His restaurant skit at the end was particularly good, mimicking the excitement of being assigned a booth seat, and that faux surprise couples always show when the waiter asks them if they would like dessert. ‘Dessert?! Oh, I couldn’t possibly!’

Indulging in Walsh’s new show is definitely not a guilty pleasure. Take your other half along and have a giggle at all the ridiculous things you put each other through. The material won’t have you in side-stitches but it’s top notch observational comedy.