Snapshot, written by George Johnston and directed by James McAndrew, is 75 minutes of incredibly immersive and captivating drama, exploring the complex relations between three twenty-somethings living in modern-day London. With non-linear chronology and snappy scene changes, the audience has their work cut out but this in no way makes the narrative inaccessible, and the play addresses issues of contemporary pertinence with intelligent observation and warmth.

If opposites attract then James and Daniel are made for each other, and Snapshot’s plot centres around the highs, lows and mundanities of their relationship. James, played by Brian Martin, embodies the stereotypical creative millennial – furiously applying for unpaid internships and at odds with the corporate lifestyle of his partner, played by Joey Akubeze, whilst still allowing him to pay the larger percentage of their Pimlico rent. The play offers a refreshing perspective on non-binary sexuality, and raises questions around possession, betrayal, and the twenty-first century definition of ‘success’. 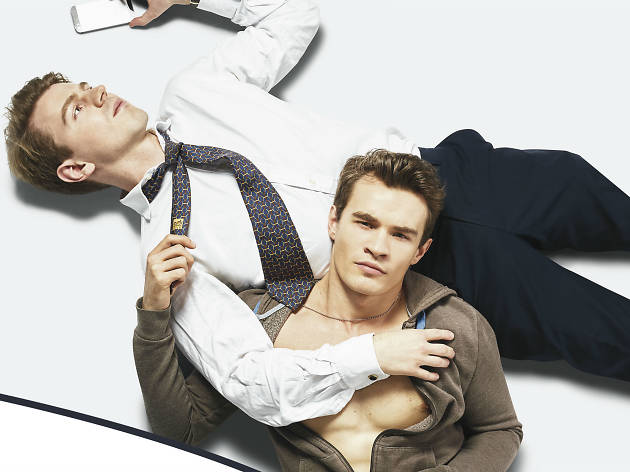 A highlight of Snapshot is the intelligent humour subtly woven throughout both the dialogue and action on stage. Johnston’s writing along with McAndrew’s direction work seamlessly to create a production that is consistently enjoyable and entertaining, viscerally compelling and authentically sobering. All four cast members are superb, and are equally believable in their roles, but Brian Martin shines as James. Through the good, bad, and complicated situations enacted on stage, his boyish charm and passionate demeanour carry us through each scene with ease and, at times, conflicted allegiance.

According to its director, Snapshot strives to deliver punchy socio-political commentary while avoiding sounding too journalistic. It certainly achieves this in most areas, but there are a few occasions where ideas around female objectification, gentrification and social-media-generated ‘FOMO’ are seemingly shoe-horned into the script with little surrounding context. That being said, often the portrayal of young people can feel highly stereotypical, analytical or false – but Snapshot is consistently truthful and credible in this aspect, and provokes both an enjoyable and challenging watch. James McAndrews hopes that the play will provoke a strong reaction, and the intimacy of the Hope Theatre made it clear that it certainly does. His and George Johnston’s first full-length play is a fluid, challenging but highly rewarding experience that is worth a trip to Highbury and Islington for.

Snapshot plays at The Hope Theatre until 10th June 2017.