Simon Ward reviews Fanny & Stella at Above The Stag.

A word about the venue. In spite of the name, Above The Stag is certainly not another theatre above a pub. In fact it occupies a lavishly refurbished railway arch next to Vauxhall station and boasts that it is the UK’s only theatre space dedicated to LGBT work. The facilities are excellent – a large bar area at the front and generously raked seating (which incidentally, in my opinion, puts The Bridge to shame).

Set, costumes, lighting and sound all gloriously live up to the front of house. A young cast throw themselves with gusto into a high-energy show.  A pair of lacquered wardrobes are well used for quick exits and entrances. Perhaps more of a play with songs rather than a full-blown musical, the plot of writer Glenn Chandler’s and composer Charles Miller’s work is based on a true story about two men – William Frederick Park AKA Fanny (Tobias Charles) and Ernest Boulton AKA Stella (Kieran Parrott) – accused of indecency after being arrested in the Strand in full drag. With no time to change clothes this is how they appear in court – cue consternation, scandal and hilarity.

The conceit is that we are in the Bermondsey Working Men’s Institute not too long after the events of the story to be scandalised and titillated in equal measure. The compere-cum-landlord (Mark Pearce in a show-stealing multi-part role, each part more exaggerated than the last) is continually interrupting in an increasingly vain attempt to avoid the wrath of the Lord Chamberlain.

Fanny and Stella are not lovers, rather they consider each other ‘sisters’ – I surely can’t have been the only one who hoped we might get a snatch of the Danny Kaye/Bing Crosby hit – who share a taste for women’s clothing and a bit of sodomy in the Strand.

This is a fascinating glimpse into the late Victorian era, complete with scandalised commentary from the press. There is a good joke with the highbrow press refusing to print the salacious details lovingly described at the other end of the scale.

In truth, the first half is longer than it probably needs to be; the songs and plot fall into a slightly repetitive cycle that loses us at times. The second half, by contrast, zips along to a rousing finale. Indeed there is real poignancy in the reflections at the end – in spite of victory in court, lives, fortunes and reputations are still ruined. And, as Stella tellingly reminds us, some 20 years after the events of the play was the Oscar Wilde trial and it was fully 100 years before homosexuality was even partially decriminalised.

An energetic and enjoyable romp through a lesser-known piece of queer history. 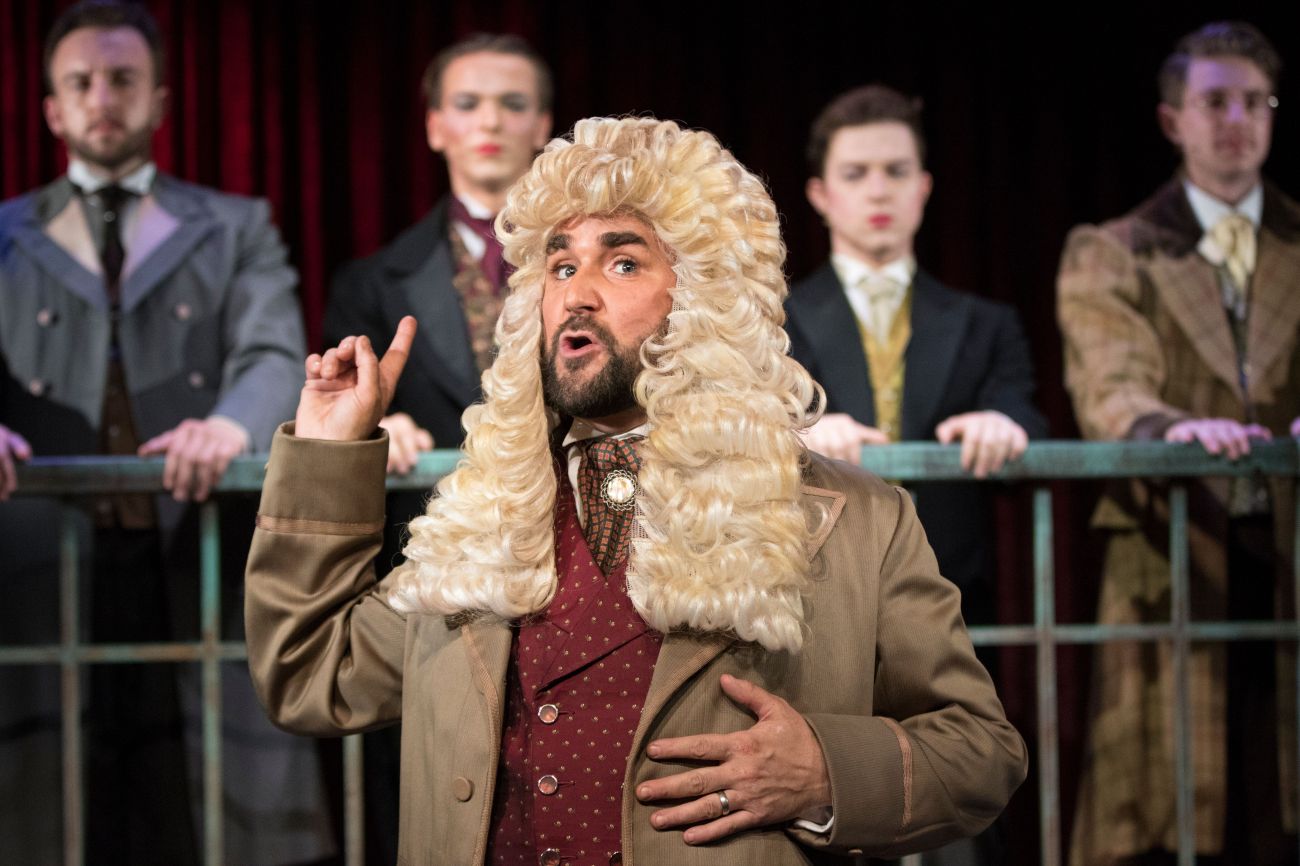