Simon Ward reviews the end of history… at The Royal Court 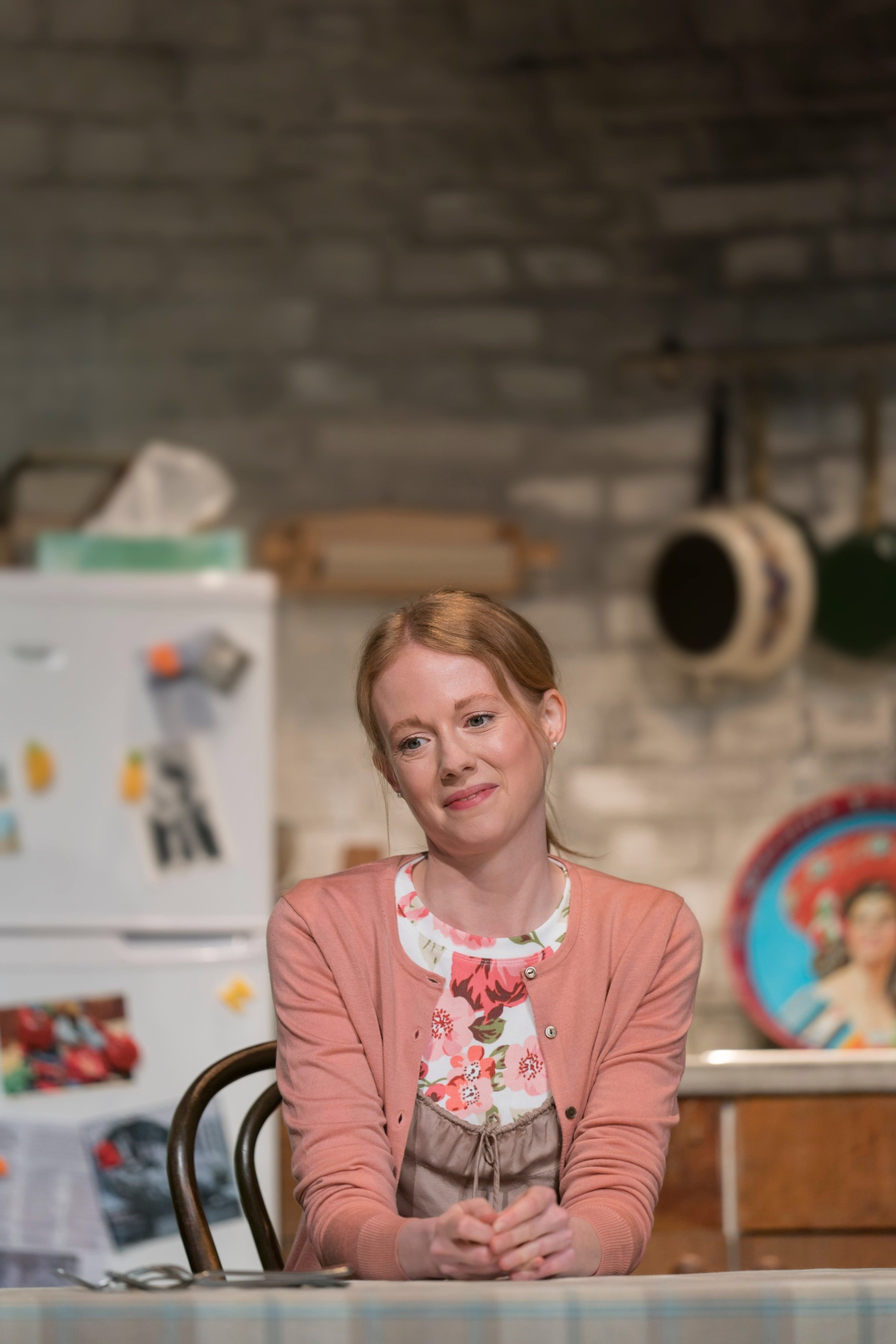 Neon shining proudly across Sloane Square, the end of history… feels like it could be a great Royal Court moment. A moment to shake the middle classes out of their complacency and challenge their most cherished beliefs. Sadly, for all its many incidental pleasures, a play about people failing to connect itself fails to connect with the audience.

In 1992, when Francis Fukuyama published The End of History and The Last Man he was far from alone in thinking that liberal democracy had triumphed and that the rest of human civilisation would be a footnote to the struggles of previous eras. The collapse of the Soviet Union and the fall of the Berlin Wall seemed to herald the beginning of a Golden Age. Something of that spirit was still abroad 5 years later when Tony Blair won his landslide victory in 1997.

David and Sal (David Morrissey and Lesley Sharp), the protagonists in Jack Thorne’s new play were having none of it. They refused to share in the New Labour dream and preferred to continue their protests. Indeed all their children were named after Socialist heroes, from Carl (after Marx), and Polly (after Polly Hill, who I had to look up) to Tom (after Paine), and we learn that their formative years were spent on protests from Greenham Common onwards.

The play is set at 3 moments in time, ten years apart, from winter 1997 to spring 2007 and finally summer 2017. One of the incidental delights of the evening is the beautiful choreography of the transitions between the years (movement director Steven Hoggett and atmospheric music by Imogen Heap) – not just a chance for scene changes but cleverly revealing of characters and relationships falling apart.

The action is centred on the kitchen in the family’s Newbury home as the three children and partner reunite over the years. Parental neglect has left them all damaged in various ways. Polly, over-achieving at work but hopeless at relationships. Carl, with a glamorous rich girlfriend (brilliantly played by Zoe Boyle) but no ambition or drive. And the youngest Tom, unable ever to escape the suffocating embrace of home.

The play is a catalogue of mishandled situations and people saying the wrong thing at the wrong time. Occasionally hilarious, more often excruciatingly embarrassing.

Sal and David have spent so much time trying to save humanity that they have forgotten to forge relationships with the people closest to them. They seem to have a close and loving relationship with each other but they are awkward and uncomfortable with their children. Indeed, they disapprove of them, and their life choices.

The loudest gasp of the evening came when David said ‘[the children] still might’ live up to his expectations. What happened to ‘I just want you to be happy?’

This is only one of the occasions in the play when it embodies the fine Royal Court tradition of upsetting the middle classes. They are specifically lambasted by name at one point, while the ‘lords in their castles’ are given a free pass. You could hear the squirming in the seats when passing wealth to your children is criticised. But too often the targets are oddly diffuse and unfocused. For such an overtly political play it seems odd that the political turmoil of its period is largely absent. Margaret Thatcher’s name is never mentioned; the Iraq war might as well never have happened, likewise the 2008 crash and the austerity years. It seems strange to locate the play at specific dates and times and then fail to use them at all.

Odd to say of a major West End show, but it felt under-rehearsed at times. Occasional lines were fumbled and the rhythm was sometimes off. Perhaps later in the run it will gel better and the connection will be made. For now it is an interesting and engaging show but it fails to move.

Running at The Royal Court Theatre until 10th August 2019.