Emily Pritchard reviews Rob Auton’s The Talk Show at the Edinburgh Fringe Rob Auton is a pleasure to watch and listen to, though his show can prove hard to summarise. It feels like a new kind of poetry, making you rethink any ideas about what poetry can be: […]

Jasper Cunningham-Ward reviews What Makes You a Woman at Edinburgh Fringe.  “What makes you a woman?” the performers ask. Luckily, as I am in fact male, they gave their own answers. This production gives a whirlwind tour of the position of women in society, starting with the suffragettes […]

★★★★ Sweaty Claustrophobia at the Hope 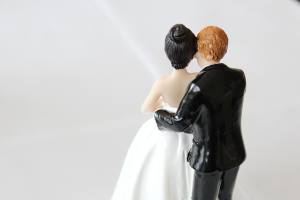 ★★★★ Tense and Layered – The Post-Truth Era Clashes with Ordinary Lives

Abigail Bryant reviews Adam & Eve at The Hope Theatre, Islington In today’s political and media climate, the very definition of ‘truth’ is as ambiguous as it is dangerous. Taking a step back from Trump and Hollywood, Adam & Eve confronts a post-truth era against the landscape of […]

★★★★ Fall in Love with Donizetti on Barry Island!

Simon Ward reviews The Elixir of Love at The King’s Head Theatre Just as the weather is turning autumnal and the nights are drawing in, ‘The Elixir of Love’ arrives to provide a blast of much-needed Barry Island sunshine and joie de vivre.  Gaetano Donizetti’s classic comic opera has […]

★★ An Underwhelming Spotlight on Celebrity Culture

Abigail Bryant reviews The Buzz at The Bread & Roses Theatre Kyla and Josh have just got home from an industry awards event, and are obsessing over the red carpet photos on social media. Surrounded by sterile yet lavish aesthetics, their luxury penthouse serves as the setting for […] 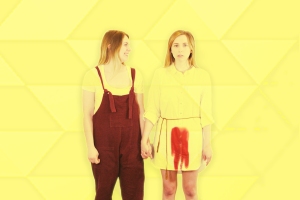 Abigail Bryant interviews writer Laura McGrady Firstly, congratulations on the world premiere of Baby Box, running as part of King’s Head Theatre’s ‘Who Runs The World?’ feminist season this May. How are you feeling about its showcase? Thank you! I can’t wait to finally share this story with […]

Abigail Bryant reviews Shanter at Old Red Lion Theatre The transition from teenager to adult is a notoriously colourful and precarious time, and the age of social media brings with it a new layer of complexity and identity politics. Shanter explores ‘lad culture’ against the backdrop of a […] 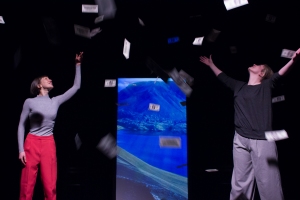 ★★★★ A Powerful Pairing of Economics and Art

Abigail Bryant reviews The Audit (Or Iceland, A Modern Myth) at artsdepot The Audit is Proto-type Theatre’s second theatrical work examining contemporary politics, and this time they focus on how the nation of Iceland raised it’s voice in opposition to the human cost of greed. With passion and vigour, Rachel Baynton and Gillian […]

Abigail Bryant reviews The Sea at Camden People’s Theatre It’s not difficult to feel alone in a room full of people, and Tom Froy’s The Sea explores isolation against the saturation of physical company in a city like London. With creative use of film, photography, music and props, […]