Simon Ward reviews Let’s Pause There at The King’s Head Theatre This debut play by comedy writers Russell Obeney and Andre Guindisson crams a lot, perhaps a little too much, into its running time of about an hour. In keeping with its therapy-based theme, we are required to […]

★★★★ Fear and Loathing in Birmingham

Simon Ward reviews Skin In The Game at The Old Red Lion Theatre Watching plays in pub theatres is often an intense experience. The enforced intimacy of actors performing just inches away can be claustrophobic. And if there is tension in the air, it crackles. So it is […] 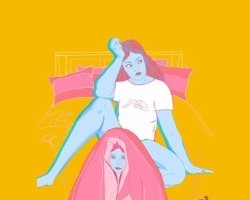 ★★★Opening Up About Vaginismus

Abigail Bryant interviews writer Laura McGrady Firstly, congratulations on the world premiere of Baby Box, running as part of King’s Head Theatre’s ‘Who Runs The World?’ feminist season this May. How are you feeling about its showcase? Thank you! I can’t wait to finally share this story with […]

Charlotte Pegram reviews Ok Bye at Vaults Festival Saying goodbye can be as simple as a ‘see you later’ or as emotional as making peace with someone who will no longer be on this earth. We can say goodbye to houses and hobbies, to habits and health fads, […] 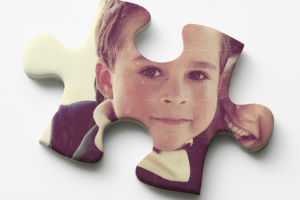 ★★★★ Sensitive and Affecting: A Deeply Moving Play about Adoption

Charlotte Pegram reviews YOU at Vault Festival Our actions impact the lives of others, and a tangled web of lives are shown to be affected by the adoption of one child in ‘YOU’. From the young girl who falls pregnant at 15 and her embarrassed parents, to the […]