Dealing with mental disabilities in drama is no easy task, and Peter Hamilton’s new play, set in a mental hospital, tackles this theme head-on. Its subject is the relationship between two of the patients, whose romantic feelings for each other develop throughout the course of the play. They are an unlikely match: she an excitable aspiring writer who has an obsession with Wuthering Heights, he a temperamental character obsessed with German WWI U-Boats, and both prone to hallucinatory fantasies. An interesting idea for a play certainly, but the reality of the production doesn’t quite match up. 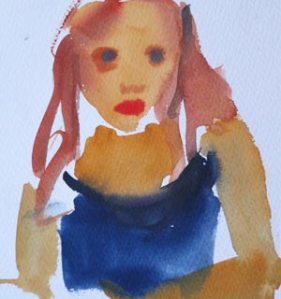 The central character in the play is Ruth, who sees everything in terms of her Brontë obsession, and accordingly her amour Bernard becomes her Heathcliff. He is torn between his feelings towards her and a voice inside his head which tells him that he must choose between her and his secret desire to leave in a U-boat and never return. It’s loosely around this conflict that the play revolves. But the characters are sketched unconvincingly. Not only does neither of them really feel like they actually have a real disability (their actual illnesses are vague, mentioned once in passing), but both fail to evoke much sympathy or even interest from the audience. 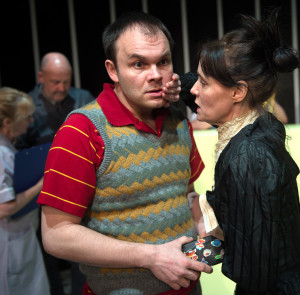 This is a shame because the acting, particularly from Ruth (Julia Tarnoky), has a passion and intensity which the script doesn’t match up to. The side plot, revolving around two of the hospital’s staff is equally as flat, and like the rest of the drama doesn’t really seem to go anywhere interesting. Writing mentally disabled characters must be no easy task, and it doesn’t feel as though the author has been able to sketch them subtly enough to escape from caricature and stereotype.

I feel like much of the audience also struggled to connect in the same way I did. There seemed to be some confusion over the tone of the piece in general. It certainly has comic elements, but there were a few laughs during moments which I suspect the author intended to be serious. The Writer’s Note in the programme treats the drama’s subject very seriously indeed, but something seems to have been lost between his vision and the play I watched. It’s a shame, because a fair deal of effort has gone into this production, but I honestly couldn’t recommend it.