Judith: A Parting from the Body

The strong profile of Assyrian general Holofernes greets the audience as we enter the theatre.

Already on stage, Holofernes silently contemplates the row of stone heads lining the back wall which we later learn represent real heads taken as trophies of slaughter on a middle eastern battlefield. 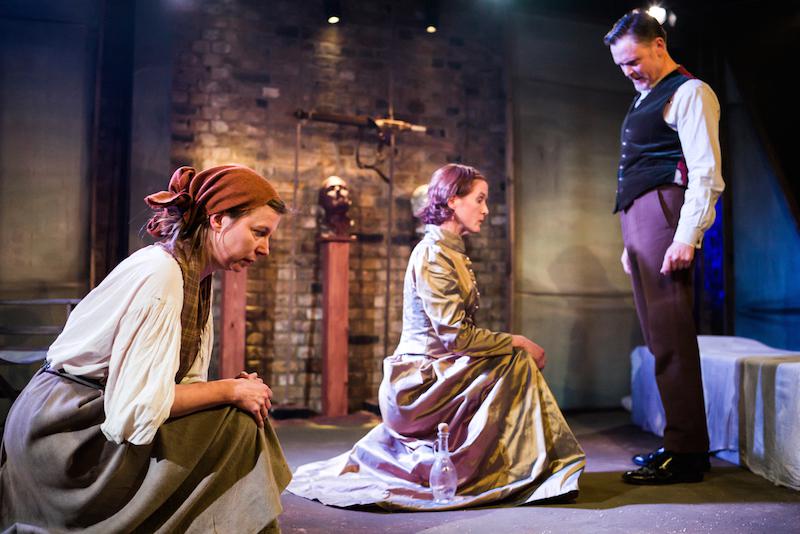 Howard Barker’s radical reimagining of the mythic tale of Judith and Holofernes opens with a thought provoking soliloquy on the arbitrary nature of death, mused over in the mellifluous voice of male lead Liam Smith.

From here however, things quickly escalate.

To reflect on how acutely uncomfortable a production about violence and instability in the middle east made me feel may appear as insightful as pointing out that England gets cold in winter, but there it is – that is my overwhelming impression of Judith: A Parting from the Body.

Dalliances with necrophilia, decapitation and sporadic fits of hysterical laughter or frustrated howling were just a few moments that really had me gripping the edge of my seat and wildly looking round for the nearest exit.

Seat shufflings, awkward glances and uncomfortable throat clearings were signs that made glaringly apparent the general audience attitude to the scenes unfurling on stage, namely “what on earth am I witnessing?”

For some, the experience of being thoroughly unsettled and alienated by a piece of theatre is perhaps a more rewarding experience than the alternative emotions one can leave with.

For me however, if that is what I was looking for from an evening’s viewing entertainment I think I’d stay at home and watch The Red Wedding on repeat.

Sorry Barker, but I was waiting on tenterhooks for Judith to part from the body so I could depart from the theatre and shake off what I had just witnessed.

Suffice to say, this one was not for me.