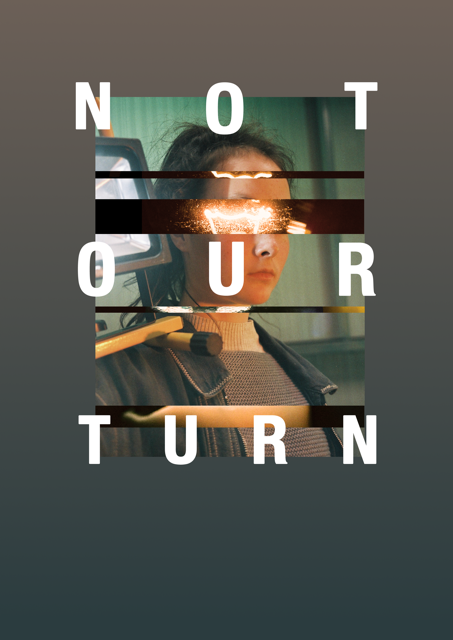 I remember 2016. On the whole, there are many parts of it I’d rather forget, but I remember it nonetheless. For many people, 2016 has harnessed itself the undesirable reputation for being one of the worst years, ever. The year is now synonymous with a feeling of raw, infectious anger. An anger which many of us felt. In the case of the younger generation the anger seemed to materialise from a lack of ability to have their say in such events and decisions, most notably the unbelievably messy ‘Brexit’ saga, and the US Presidential election. Young people have a lot to say about politics these days, and like it or not, they want to join in, a right that seems only fair. A silent silencing of an entire generation of people is naturally going to make those individuals very, very angry.

Exeter based The Young Pretenders’ original production of ‘Not Our Turn’ captures this feeling perfectly: this biting, uncontrolled anger, born out of both offence and fear, to create what feels like a referendum-induced nightmare. Sure, the piece doesn’t explicitly deal with these specific events, or even really anything obviously political, but the undertones, beautifully intertwined with the overarching plot of Katherine Steven’s script, evoke much the same emotions. As the twelve young characters fight for their sanity and even lives in a world that has lost all electrical power completely, a world pushed into a subterranean existence by society’s colossal muck-ups above ground, you feel nothing but outrage at the situation these unfortunate youngsters have been put in, left with no chance to have their say, or do anything about it. Unless, that is, they use their initiative. In fact, the situation provides them with a rare chance to do so.

And in this respect, the play is also empowering. It shows what young people can do when they are in put in a seemingly hopeless situation. It motivates the age group in its portrayal of them as the powerful ones, those with the initiative, and more knowledge than is expected of them.

The ‘in the round’ staging of the piece means the audience are immediately involved in every unfolding segment of the narrative; it even physically comes into contact with them sometimes – such as, in the very opening, with the ensemble waking up to a dark, electrically drained version of their world, one or two deliberately stumble into audience members. The onlooker next to me was one of those to be a part of this, and exclaimed an audible ‘oh my lord’ as the performers collided with him. But it wasn’t an exclamation of fear – it was an acknowledgement of how real the play was: it was only two minutes in and it was clear that this was sure to be something truly special.

The immersive and intellectual nature of the piece aside, however, as well as the beautiful use of puppetry in one scene, the main strength is the sheer ability of these young actors. I’ve rarely been so convinced by adult companies – it’s common, and sort of acceptable, to have a few weak links in a cast. But the ensemble strength of this group – and their clear real life friendships – help them to deliver the most incredible performance, both individually and as a theatrical shoal, using their physicalities, vocal skills and a total embodiment of their characters that would put many mature performers to shame. Equally however, it seems hard to pick a stand-out member of the cast, as all work together so well and the team nature of this piece is so startlingly clear at all times, helped no doubt by Lucy Hirst and Alice Palmer’s inspired directing.

With every production I see, I try to think of something that I would cite as a weakness – it’s only fair, in my eyes. If there was anything for this play, it would be the ending, which (without saying too much) seemed ever so slightly abrupt. But in some ways, I liked this, it left you thinking. It was open. Whilst I can see some audience members struggling with it – indeed, I heard some discussing it – personally I think it worked in the context of the piece, providing a sudden punch of conclusion that so many political events have, whether that conclusion may be perceived as good or bad. Everything before it is so good that I suppose this criticism may simply come from people wanting more, just that tiny bit more, to make the structure more full, more deep. It’s minor though; you still are left in awe, either way.

TYP have already established a respectable reputation both in the youth and professional theatre circuits in the UK, and if this play is a marker of the quality to come, I can only see this reputation gaining more prestige. ‘Not Our Turn’ is a beautiful, thought provoking experience, that simply shouldn’t be missed.

Find out more about The Young Pretenders here.

Buy your tickets for their London performance of Not Our Turn here.