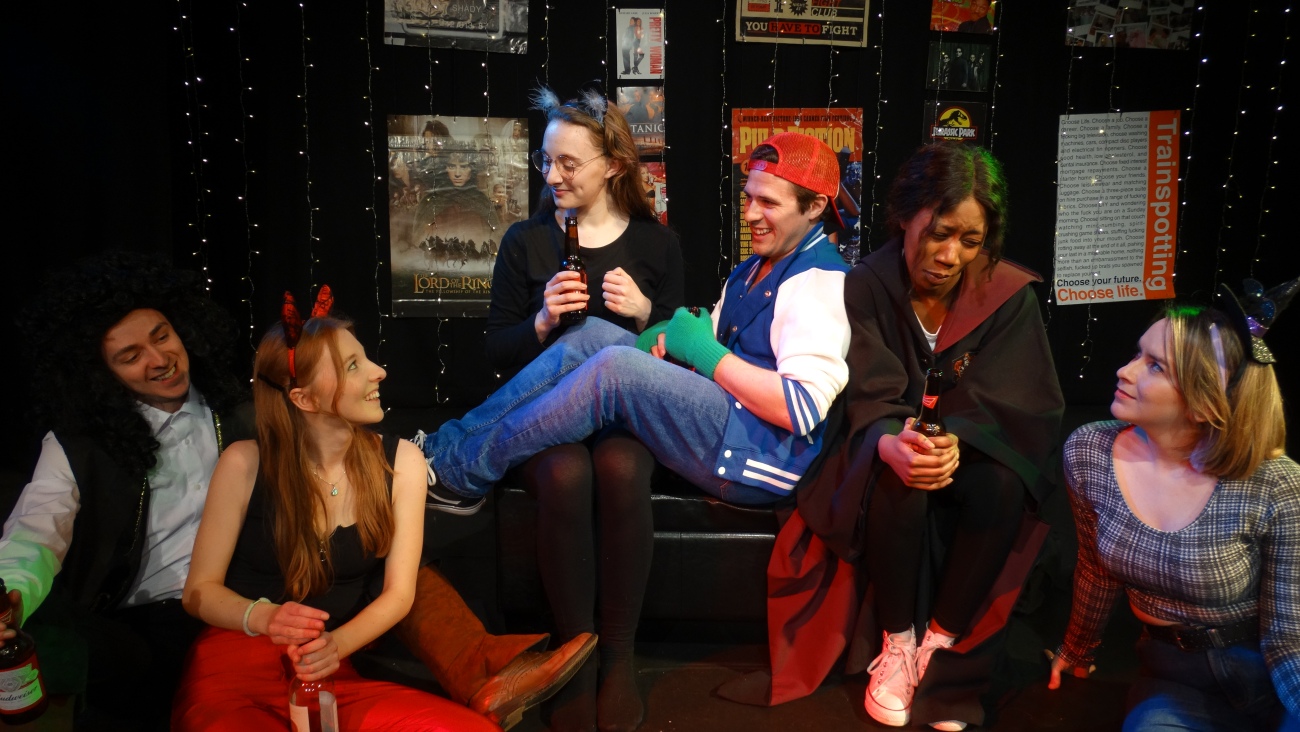 Imagine a theatrical reimagining of Skins with less trendy (but far enjoyable!) music and you won’t be far off of Staying Faithful.

Branded as a coming-of-age story with themes of identity, faith-based struggles and conflicted sexuality, this performance touches important issues in a lighthearted and relatable manner.

The play opens with an all too familiar scene of two young girls trying to get served in a local dive while they wait for their dates to join. In a charged interaction, the ‘new girl’ Hope, played by Gabrielle Quaye, is introduced to Jess, played by Laura Perry.

As the play unravels and the girls reveal themselves to have more than simply friendly feelings for one another the conflict of expectation, belief and her own sense of what is appropriate weigh hard on Hope.

Considering that faith is literally in the title, is it interesting that Hope’s religious conflict feels like more of an undercurrent than the overarching theme. At points it is tackled headed on; Jess confronts Hope about why she doesn’t want to be together, asking “Is it because I am Jewish?” Primarily, however, Hope’s struggle with her faith remains more peripheral, present through her disquiet with homosexuality but somewhat overshadowed by the more dramatic scenes of sex, infidelity and friendship.

Subtle lighting changes are used to delineate between reality and sections where Hope imagines how various interactions with Jess could or should go.

Perry and Quaye give strong performances throughout the play but their moments of intimacy feel slightly clunky and uncomfortable. Sections where they are alone together lack a little authenticity at times, not aided by some slightly contrived lines inserted to ensure the audience member is sure where reality ends and Hope’s imagination begins.

Collectively, the cast are strong; especially Phillip Davis-Walker as Fletch and Maria Anthony as April both of whom depict significant character developments. The pathos with which each portray light-hearted and naïve younger versions and then morph into older versions of themselves, jaded by time and tragedy remains convincing throughout.

At points the play begins to feel like a cautionary film I was made to watch in secondary school about the dangers of excessive alcohol consumption and driving, leaving me questioning its purpose; is it didactic or simply illustrative of the realities many young people face?

Ultimately, Hope and Jess find themselves together years on with Hope reminiscing about their adolescent relationship, trying to rekindle Jess’s memory after it is damaged in a car accident when they were younger. Following all the angst and anger of their relationship, this calm and contented scene feels a little questionable and seems to suggest that the two can now have an amicable relationship now that Jess remembers little of Hope’s earlier rejection. Again, the message is somewhat muddied at this point.

On the whole, Staying Faithful sets itself up to examine the intersections between different faiths and personal identity, exploring the conflicts that can arise as a result, and for me it falls just short of doing this. This is not a play that seriously grapples with the intricacies and nuances of homosexuality and religion, with conflicting faiths and the impact this can have on friendships.

What it does do, however, is explore relatable themes of sex, friendship, infidelity and alcohol through a sympathetic and engaging lens with a talented cast and nostalgic soundtrack.

In conclusion, this play was certainly worth the tube fare to West London for this East London based reviewer, and not just for the interval when Teenage Dirtbag was played on repeat.