Jasper Cunningham-Ward reviews KillyMuck at Edinburgh Fringe Set on a council estate in Northern Ireland, KillyMuck tells the story of a Catholic girl called Niamh. This one-woman show deals with all the heavy issues that are expected from a story focused on growing up in Northern Ireland. Whilst […]

Anna Hadley reviews Reginald D Hunter:An American Facing the Beast and N****s at the Edinburgh Fringe Twenty years later, and Reginald D. Hunter is now an old hand at the Fringe. Although some of the jokes seem a little tired, for the most part he’s still got it. […]

Emily Pritchard reviews Harry and Chris Save the World at the Edinburgh Fringe Harry and Chris have definitely perfected a formula that works for them and their audience. Harry has a speedy mouth and an even speedier mind: he excels at saying words very fast, and his improvised […]

Jasper Cunningham-Ward reviews Laura Lexx: Trying at Edinburgh Fringe Laura Lexx speaks from her own experience as she explores depression and anxiety. Her show is unabashedly upfront about sensitive issues like antidepressants, helping break the stigma. Laura explains how trying for a baby left her depressed and opens […]

Anna Hadley reviews Nine Foot Nine at the Edinburgh Fringe Sleepless Theatre Company’s Nine Foot Nine is a brave new concept where all the women on earth suddenly grow nine foot tall. Yet, ultimately this topic isn’t too far from our current reality. This is definitely a sci-fi […] 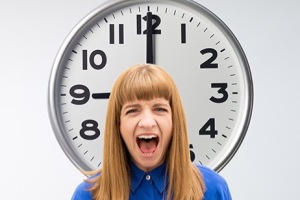 ★★★★ Millennial Nihilism at its Best

Anna Hadley reviews (sorry) at the Edinburgh Fringe Susie Sillet’s (sorry) navigates the world whilst she balances it upon her shoulders. Performed by Louise Beresford, she apologises until her joints eventually give out. But she shouldn’t be apologising for highlighting our collective anxiety, and our constant need to […]

★★★ Stand-Up From the Other Side

Jasper Cunningham-Ward reviews Leo Kearse: Right-Wing Comedian  Leo Kearse labels himself as a right-wing comedian, but his show is less about politics than you might expect. The Scottish comic prides himself on being a minority at the fringe, and indeed in the field of stand up as a […]

Jasper Cunningham-Ward reviews Sid Singh: American Bot   A room set out for 80 people cannot be filled by 10, but what Sid Singh lacks in audience members he makes up for in personality and charm which is both to his credit and to the audience’s relief. Singh […]

Emily Pritchard reviews Tamar Broadbent’s Best Life at the Edinburgh Fringe Tamar Broadbent’s show feels incredibly personal and intimate, like a conversation with a friend. A conversation, that is, which includes a song about sending a cat meme to your crush, and another listing the differences between […]

★★★ Under the Covers – But Not Everybody’s Invited

Anna Hadley reviews Courtney Act – Under the Covers at Edinburgh Fringe. Courtney Act’s ‘Under the Covers’ invites the audience to get intimate with Courtney (drag alter-ego of Shane Jenek). Most scramble under this duvet willingly. However, if you’re not a Courtney super-fan, this show may leave you […]