★★★★ Definitely Not Up The Swanny: Dugout Theatre bring another crowd pleaser to the Fringe.

It’s the end of the world. A great flood has swept all but four human beings into oblivion. Somehow, against the odds, four strangers manage to escape on a swan pedalo. At first the characters are fairly stereotyped: posho Steven; nerdy pessimist, Andy; spiritual nutter, Bobby; scarily competitive […]

Alex Kealy’s style of comedy much resembles a sixth former giving an awkward PowerPoint presentation. The content of his show wouldn’t be out of place in an A Level economics/politics classroom either: Gove, Boris and Corbyn all get a bashing; the disadvantages of a free market economy are […] 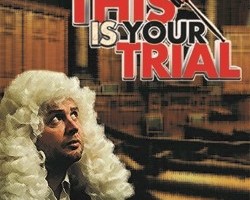 ★★★★ The Verdict: A Cracking Good Hour of Improv

It’s a simple set-up. The audience fills out a form while queuing for the show; they accuse someone they know of a crime, and they provide a line or two of substantiating evidence. Then the show gets up and running and one of these ‘criminals’ is called to […]

★★★ B-Musical Comedy finds a Safe Harbour at the EdFringe

After another reviewer at The Peg saw the previous instalment of Beach Comet’s irreverent B-musicals, Vampire Hospital Waiting Room, I was intrigued to see if their new offering would garner such a love-hate response. Apocalypse Cruise Ship Love Affair is as ridiculous as its title suggests. Set on […] 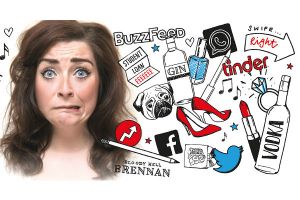 ★★★★ Gin, Sex and Song: A Quarter-Life Crisis with Pizazz

It’s a very modern phenomena; mid 20s and wondering what the hell you’re doing with your life. Move over mid-life crisis, the quarter-life crisis is testament to the overwhelming sense of anxiety that afflicts Generation Y, but it’s not in Katie Brennan’s make-up to roll over and be […]

Two girls, one tent. What could possibly happen next? Well, a whole Sliding Doors-esque number of possibilities, that’s what. Our two characters, played by Alys Metcalf and Roxy Dunn, take turns to have their palms read by an accent-shifting fortune teller whilst celebrating their graduation at a festival. […] 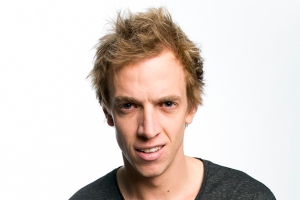 ★★★★ Prepare to be Disgusted: Frenchy really is The World’s Worst Adult

Frenchy is well known in his Aussie homeland and in the realms of YouTube, and he’s breaking into the UK comedy scene with ‘World’s Worst Adult’. If you’re aware of his YouTube content you’ll be pleased/relieved to know that he’s quit his teaching day job and is now touring […]

★★ Action heroes meet feminism in this one woman confessional comedy

What happens when a tomboy who loves mud and football starts to believe she really is a boy? And, more than that, a boy who could rise to the heights of an 80s movie star. Well, confusion and disappointment one would suppose. But Hutson tells us that, ironically, […]

Tried and Tested: Improvabunga As a group, Watch This have been running an improv show at the fringe for as long as this reviewer can remember. They’re a tried and tested bunch of improv-ers and a safe pair of hands for some improv fun.       Bit […]

So you want to see some comedy at the Edinburgh Fringe but don’t know where to start? Part and parcel of the the fringe is taking pot luck and seeing what you find, sometimes you light on a gem, sometimes a corker. But, if you want a sure […]