Anna Hadley reviews Reginald D Hunter:An American Facing the Beast and N****s at the Edinburgh Fringe Twenty years later, and Reginald D. Hunter is now an old hand at the Fringe. Although some of the jokes seem a little tired, for the most part he’s still got it. […] 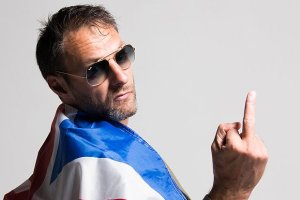 ★★★ Stand-Up From the Other Side

Jasper Cunningham-Ward reviews Leo Kearse: Right-Wing Comedian  Leo Kearse labels himself as a right-wing comedian, but his show is less about politics than you might expect. The Scottish comic prides himself on being a minority at the fringe, and indeed in the field of stand up as a […]