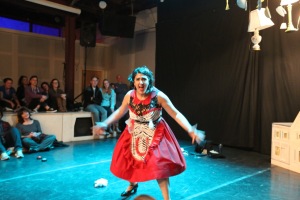 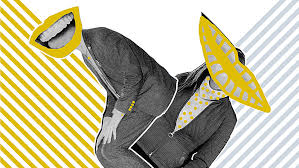 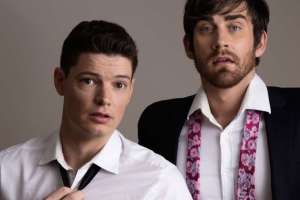 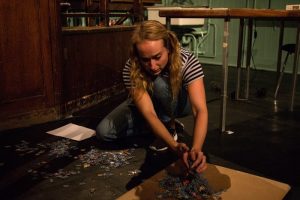 Charlotte Pegram reviews Lands at Summerhall, Edinburgh Lands is sparse, both in terms of language and set. Featuring only a trampoline and a 1000 piece jigsaw puzzle, it tackles issues of dependency and isolation in an absurdist form. You have to get used to the sounds of springs crunching up […] 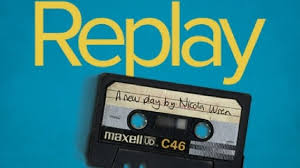 ★★★★★ A Poignant, Pertinent Play About Grief

Charlotte Pegram reviews Replay at the Pleasance, Edinburgh We meet ‘W’ just after she’s been hit with a bad case of food poisoning. She’s a policewoman and the sickness overwhelms her while she’s mid-shift. It’s unfortunate that she’s been struck down with illness just now as she’s about […] 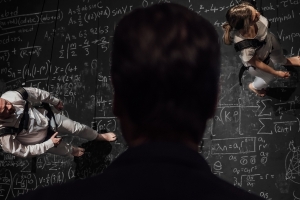 Charlotte Pegram reviews Secret Life of Humans at Pleasance, Edinburgh It is sometimes hard to adapt a book for the stage; taking the long descriptions of a character’s interior and presenting that visually is a challenge but it can be done – just think of how Simon Stephens […] 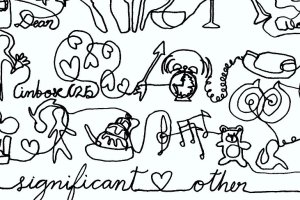 ★★★ The Quality Street of Fringe Theatre: there’s some Purple Ones in the mix as well as the odd Green Triangle.

Simon Ward reviews The Significant Other Festival; Conditions at The Vaults This is a series of eleven short plays, ten minutes each, commissioned by The Pensive Federation and written over the course of 5 days around the theme of The Significant Other, however that might be interpreted, and loosely […] 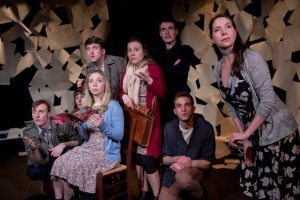 Abigail Bryant reviews One Last Thing (for now) at the Old Red Lion Romantic love in a wartime setting is no new territory for the arts, with infinite pages of literature and poetry inspired by the extremities of the human condition in this context. Althea Theatre has created […] 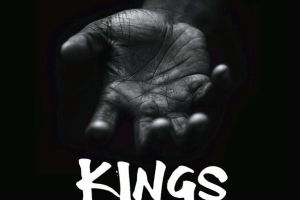 Charlotte Pegram review KINGS at Vault Festival After being bowled over by Happy Dave in Edinburgh this summer I was looking forward to seeing what Smoke and Oakum Theatre had to offer next. And Kings certainly satisfies expectations. A thoughtful, well-written piece of drama about homelessness in London, which confirms […] 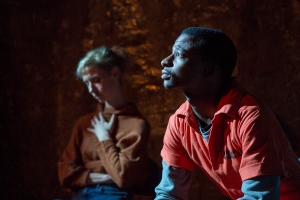 Charlotte Pegram reviews Testament at Vault Festival Four Bible characters are plucked from the pages of the holy book and thrust into the C21st by Old Sole Theatre Company. In the safe environs of a church meeting, the four characters share their painful pasts, not necessarily to open […]