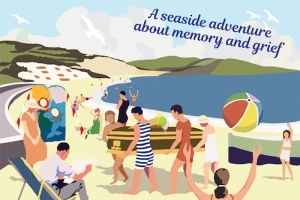 Simon Ward reviews On The Crest Of A Wave at Vault Festival I don’t know how much theatre, if any, went on in the air raid shelters of WWII, but this show in The Cavern theatre at The Vaults delivers a convincing impression of what it would have […]

Charlotte Pegram reviews A Year From Now at Vaults Festival 2016 wasn’t a particularly great year for most of us, so Red Belly Black Theatre Company have interviewed a host of participants to find out where they see themselves in a year from now, with the intention of […]

★★★★ Sensitive, Witty and Touching: Skin A Cat at The Bunker

Charlotte Pegram reviews Skin A Cat at The Bunker A fabulous way to launch the inaugural season at The Bunker, Skin A Cat by Isley Lynn fits the underground space hand in glove. A double bed sits centre stage with very little else to distract from this intimate story […] 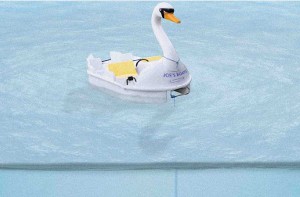 ★★★★ Definitely Not Up The Swanny: Dugout Theatre bring another crowd pleaser to the Fringe.

It’s the end of the world. A great flood has swept all but four human beings into oblivion. Somehow, against the odds, four strangers manage to escape on a swan pedalo. At first the characters are fairly stereotyped: posho Steven; nerdy pessimist, Andy; spiritual nutter, Bobby; scarily competitive […]

How to win at the Edinburgh Fringe? With a weirdly wonderful musical ★★★★★

Cargo at the Arcola Theatre – 4 Stars

Cargo is a powerful piece of drama. Taking over studio 2 in the Arcola theatre, it transforms the space into a shipping container. The audience are seated in the round on (uncomfortable) shrink-wrapped palettes. The lighting is dim and the sounds are those of huge cargo ships as […]

Draw on your memories of the very worst nights out as a late teen/early twenty-something. Exactly. You’d rather not remember. Screwed gives centre stage- or centre space on the sticky dance floor- to Charlene and Luce, two friends who have dedicated the majority of their lives to drinking, […]

This Is Living at Trafalgar Studios – Four Stars

‘This is Living’ takes place on a small stage soaked in water. A sodden platform that confines the two central characters in a purgatory-like space for the play’s two-hour duration. As the action unfolds we see that this minimalist setting works perfectly with the narrative themes; drifting through memories […]

With immersive theatre growing in popularity, it comes as no surprise that companies such as CoLab, are trying to get audience members more involved. CROOKS tackles this with a focus on audience participation – putting groups of ten people at the centre of its narrative action, actively providing […] 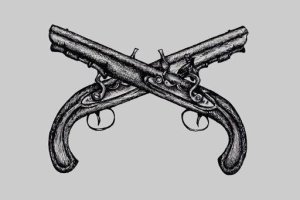 After “A Single Act” last year, Duelling Productions are back and are dipping their toe into the unknown waters of new writing with The McConnell New Writing Fund. Four emerging writers and directors came together to create the showcase, which ran on the 25th and 26th of […]