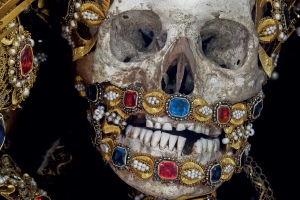 ★★★ An Experiment in Form: Adler and Gibb

In this distilled version of the 2014 Royal Court production, Tim Crouch explores our relationship with art and our sense of reality and what is ‘real’. During the course of the production the fictional artist, Janet Adler, is woven into academia, exploited by the film industry and commodified […]

★★★★ A moving, Witty and Compelling Story of Two Gay Men in Small-Town Ireland

The title If We Could Get Some More Cocaine I Could Show You How I Love You will win no prizes for brevity and does rather shout ‘fringe theatre’ but the play itself deserves to be seen by as wide an audience as possible.  It is a moving, […] 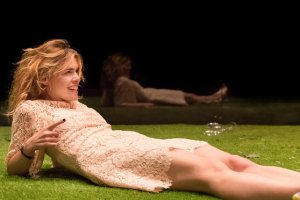 With a string of five-star reviews from several of the country’s top newspapers, Simon Stone’s Yerma is becoming one of London’s must-see shows – and with it, Billie Piper is cementing her status a star of London theatre. Yerma, originally written in the Spain in the 1930s, has […]

There’s warm lighting, bare brick, dusty air, and it’s been a scorching day in London. Stepping into ‘Children of Eden’ didn’t feel very far from the deserts of the Biblical Middle East at all. The design of the show (by Kingsley Hall) is pleasingly earthy and bare; the […] 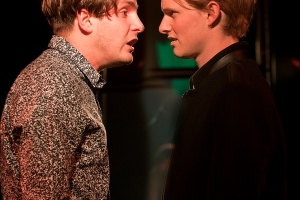 ★★★ A Shakespearean Catwalk: Much Ado comes to Selfridges

Shakespeare ReFASHIONed is a series of events at Selfridges which mark the 400th anniversary of The Bard’s death, with the focal point being a performance of Much Ado. The collaboration is an intriguing idea, in many ways Selfridges – frequent winner of the accolade ‘The Best Department Store […]

Hamlet Part II is one of a trilogy of parodies by Perry Pontac called ‘Codpieces’. On the evidence of this evening’s offering, I will be eagerly seeking out the other two parts. The opening funereal music is abruptly interrupted, as in a ‘problem’ play, by the arrival of […]

Harrowing, Haunting and Wholly Deserving of ★★★★★

CTRL + ALT + DEL is a completely captivating one woman performance that juxtaposes national struggles with the domestic. Extremely thought provoking, CTRL + ALT + DEL explores the impact that lies from various authorities – societal, governmental and the assumed authorities children are subjected to at home […]

Fizzing with energy from beginning to end, Nathan Parkinson, Zachary Hunt and Tom Roe absolutely storm their performance of Police Cops at Pleasance Dome. A mash-up of all the police tv shows you’ve ever seen, The Pretend Men Theatre Company tell the story of Officers Johnson and Harrison […]

★★★★ Puppetry and Mask tell the story of Homelessness and Addiction

Mask, puppetry and physical theatre combine to tell the story of Jack, a boy who ends up on the street after his alcoholic mother dies. It’s a sad tale and one full of demons, but the puppetry and the mask work allow us to explore these dark issues […]

At the beginning of Bucket List we are told: ‘Sometimes it’s hard to tell what’s real and what’s not’. For Mexican school girl, Milagros, it would be difficult to mistake the harsh reality of her life; both her mother and aunt are murdered by the authorities for doing […]