Ronan Keating joins the cast of Once 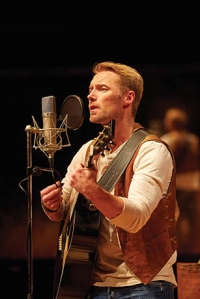 Boyzone star Ronan Keating has joined the cast of the award-winning musical, Once, at the Phoenix Theatre. He plays the part of Guy opposite Jill Winternitz as Girl.

Based on the Oscar-winning film, Once tells the story of a chance encounter between a girl and guy from different worlds but with a shared love of music and songwriting.

The West End production opened in April 2013 and went on to win the 2014 Olivier Award for Outstanding Achievement in Music.