We’re already in the middle of Vault Festival; the wide-ranging arts festival that’s designed to support emerging talent in theatre and the arts. It’s taking place in the subterranean labyrinth of the vaults beneath Waterloo station, and offers a whole range of entertainment. It’s particularly good at curating its programme so that brand new work appears alongside more established companies, which means you could emerge from a comedy show, and walk into a theatrical production and then end up in an all-night party.

The highlights of this year’s festival include Hellscreen, True Brits and comedy monster Red Bastard: 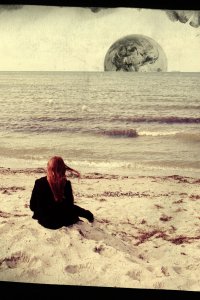 Interestingly, Jonny Woo, who will be taking the lead role is renowned for his comedic performances in drag, but for this production Woo will be stripping back an aspect of his costume and moving from drag to drab (in the purist sense of the acronym).

“It’s really fantastic to be working on this exciting show with Director Rachel Parish. It’s a completely different project from what I am used to and I am learning so much from the other actors. The whole production is set to be mind-blowing. HELLSCREEN is a modern gothic horror set in a very contemporary art installation. Audiences are going to love it.” 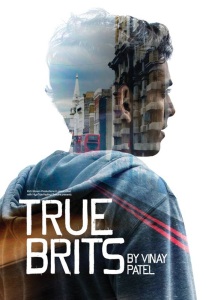 True Brits is a brand new play from Rich Mason Productions and HighTide Festival Theatre which sweeps between the paranoid London of 2005 and the euphoric city of the 2012 Olympics.

Written by the young, upcoming Asian playwright, Vinay Patel, it forms a response to the 7/7 London bombings and explores the experience of being British and of Asian descent, but without being overwhelmed by extremism or terrorism. Rather it deals with coming of age, falling in love, and finding a place in a society that distrusts you simply for the way you look. Sincere and funny, this play has already received critical acclaim at the Edinburgh Fringe Festival and is definitely worth a watch.

This show was a big hit up in Edinburgh; it’s part comedy, part theatre, part improvisation, part psychotherapy. If you like a comedy show that attaches a sense of danger to its audience members then this show is for you. But it’s not all about being terrified: Red Bastard may be a monster in a unitard but the point of the show is to make you question your own life…so chances are you may leave the show enlightened as well as entertained.

And if you’re skint? Vault Festival will once again bring a programme of free live music every Wednesday and Sunday for all to enjoy. This year the music will be curated by Mercury Prize nominee Sam Lee’s The Nest Collective. Get down and have a listen if you’re into all things folk; you’ll hear acoustic breakthrough acts and a smattering of old favourites.

With more than 30,000 tickets available, 500 individual events and over 80 artistic groups, Vault Festival has something to offer to the more adventurous seeker of culture and entertainment.